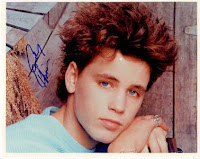 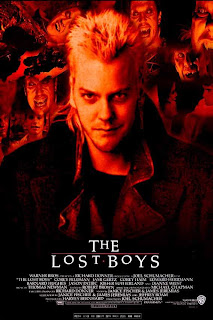 The Lost Boys was an archetypal eighties vampire movie. Released in 1987 (the same year as Near Dark) the Lost Boys

combined teenage chic and vampire menace with a classic tale of outsiders standing up for themselves and brothers looking after each other.

Corey Haim played the younger brother, Sam. But life imitated art when Haim was introduced to drugs on the set of the Lost Boys. The drugs plagued and it seems finally took his life, at the age of 38. Unlike the fictional vampires, drugs were a monster he fought but ultimately succumbed too. Corey Haim was found dead in his mother's apartment, from an apparent overdose.
Posted by veinglory at 4:27 PM

I am not much on vampires