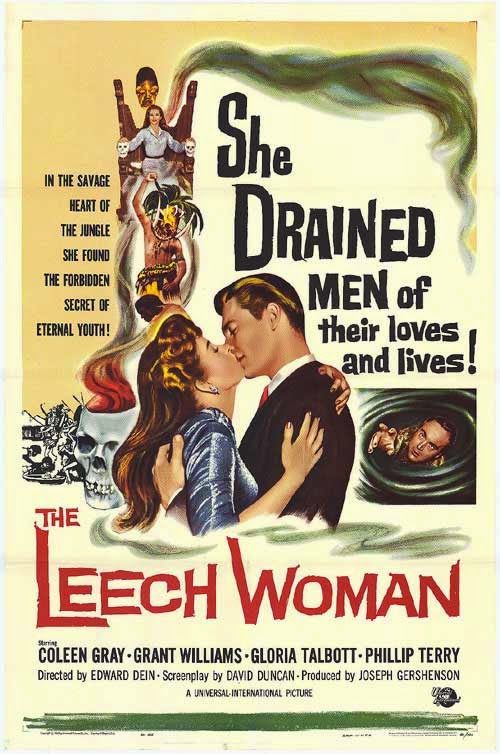 In this 1960 movie a woman discover how to rejuvenate herself by killing men to extract material from their pineal glands.

The idea that dramatic rejuvenation was possible using simple extracts had been quite popular in the 1920s, and this movie represents its last gasp.

A French physician named Serge Voronoff felt that testicles could be transplanted to return youth to men. His experiments included both human and animal subjects. He claimed that grafting young testicles onto older donors not only increased vigor but could combat dementia. The practice of having "monkey glands" implanted in various ways became wildly, if briefly, popular amongst wealthy men. 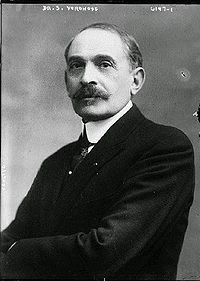 These efforts were eventually ridiculed and any benefits attributed to the placebo effect. And Voronoff accelerated his downfall by undertaking in creasingly bizarre experiemtns such as trying to ineminte a monkey with human sperm. However, his work did pave the way for more productive transplant surgery and the discovery of testosterone--and he certainly inspired a great deal of speculative fiction.

"The Leech Woman" plays on Voronoffs masculinist focus in a strange way in that the female "leech" must have male donors and meets her downfall when extracting the material she needs from a woman.

Posted by veinglory at 10:51 AM No comments: Links to this post